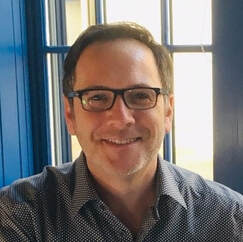 Joe Lima started attending PFLAG Cape Cod support meetings back in the early 1990s. At the time, he’d already met John, his future husband, but had not yet come out to his parents. He learned about PFLAG and decided to attend a meeting in hopes of getting advice from others on how best to have the coming out conversation with his mother and father.

​At PFLAG meetings he met a wide range of people, including parents of other kids who had come out as gay, lesbian and bisexual. They offered him rich insights and hope as to how he could best tell his parents he was gay. At the time, “I needed a support system and I got it from [a lot of] supportive parents who told me, ‘your parents will still love you,’ even after they learn the news,” he says. About a year later, Joe did come out to his parents, in a letter. Over time, he says, as his family got to know him and his partner John as a couple, “they began to realize that we live a pretty normal life, very similar to their own.”

Joe believes strongly that PFLAG Cape Cod’s mission is to offer a welcoming setting in which anyone struggling with issues of sexuality and gender identity can find safety and acceptance. “PFLAG Cape Cod’s purpose is to provide people who are coming out – as gay, lesbian, bisexual, transgender or queer – a place where they can be themselves, seek the guidance of others, and learn better how to manage coming out conversations with family and friends,” he says. At the same time, “we offer support, community, and resources to the families and friends of loved ones who identify as LGBTQ. We welcome anyone and everyone who would like to be part of our community!”

A residential designer by profession, Joe and his husband John, a hair stylist, have been together since 1991 and married since 2011 and live in Osterville. 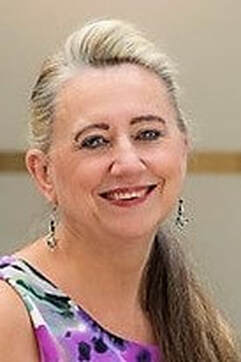 Chris first​ became involved with PFLAG Cape Cod in 2019 and today considers herself a strong ally and advocate for LGBTQ+ people everywhere. A former Vice President of Corporate Communications and Employee Relations for a Massachusetts-based manufacturing company, Chris and her husband, Mike, are retired and live in Brewster, MA. They recently celebrated 40 years of marriage.

Chris and Mike have two children, and have long enjoyed the weather and amenities afforded by life on the Cape, including its many beaches and coffee at the Snowy Owl on Route 6A.

Having spent many years in employee relations, Chris feels that organizations like PFLAG Cape Cod have a critical role to play as a resource to individuals (and families) that are dealing with issues involving a family member’s sexuality, orientation and/or gender identity.

“Increasingly, families everywhere are dealing with these sensitive topics and often don’t know where to turn for information, support, community, and practical guidance,” she says.

“PFLAG Cape Cod offers a safe, non-judgmental place where people can come for help, friendship, and resources to deal with these topics in positive and proactive ways. I’m so happy to be part of an organization that puts such strong focus on serving the needs of people who identify as LGBTQ+ and their families.”

Besides her work with PFLAG Cape Cod, Chris enjoys hiking, biking, traveling, stained glass creation, and being a foodie! 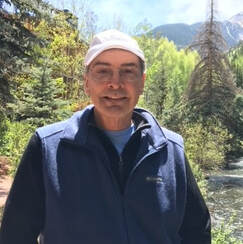 Rick Koonce attended his first PFLAG meeting 40 years ago, when he was a young graduate student at Georgetown University in Washington, DC, struggling with his gay sexuality, and looking for a safe space where he would be both accepted and affirmed as a young gay man. He found that acceptance and affirmation in a PFLAG group in the Washington, DC Area, that he was a member of throughout his graduate school years.

Forty years later, he’s delighted to serve as a member of the Board of PFLAG Cape Cod, helping to advocate for the rights of LGBTQ youth and their families. “Being on the board of PFLAG Cape Cod is an opportunity for me to give back to a group that was a true lifeline to me, back in the day.”

In 2020, Rick and his husband John, a teacher, celebrated 16 years as a married couple, having been one of the first gay male couples to wed in Massachusetts when it became legal in 2004. They have a 28-year-old daughter, Diana, and two “grand girls” whom they deeply adore. Rick and John live in Hyannis, and were among the earliest same-sex couples in the United States to adopt, a story that was the focus of a feature article in the Sunday New York Times in 1998.
​
Professionally, Rick is an executive coach and consultant who works with companies around the world. He’s also a retained coach at two leading business schools. Earlier in his career, he was a radio reporter, TV news associate producer, and commentator on National Public Radio. 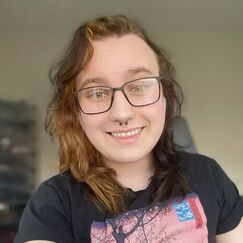 Dirk Correia is a 24-year-old special education inclusion specialist who came out as transgender at age 14. Then, in college, he discovered that he was not a binary trans man. Instead, he identifies as non-binary, meaning that he doesn’t identify with being either entirely male or female, as society typically defines those terms.

Today, Dirk describes himself as “transmasculine and bisexual. More male than not, but not a man in the traditional sense.” “I like the notion of playing with gender,” he said recently, in an interview for Profiles in LGBTQ+ Courage, a podcast series featured on this website, and on numerous other social media platforms, including iTunes, Spotify, and Pandora.

Dirk says that their journey to accepting them self as non-binary has been a long, and at times, difficult process. Taking this journey has required a “strong belief in myself,” says Dirk.

Dirk has worked as a social justice advocate since he was a teenager, and hopes to continue this work throughout his life. As part of this work, Dirk conducts sensitivity trainings and workshops for LGBTQ+ people of all ages, focused on helping members of the LGBTQ+ community embrace their authentic gender and sexual identities. He is also a sought-after speaker on LGBTQ+ topics, and a frequent panelist in public discussions of LGBTQ+ topics across Cape Cod. Recently, he served as the Coordinator of the 2020 Cape Cod Transgender Day of Remembrance.

As a member of PFLAG Cape Cod’s board, Dirk serves as the Outreach Ambassador to Gay/Straight Alliances in public schools across Cape Cod. It’s a position to which Dirk has committed himself to help educate, inform, and support greater understanding of human sexuality/orientation and gender identity.

Dirk also serves as a board member and event coordinator for the Cape Cod and Islands Transgender Emergency Resource Fund.  CITRF is a grassroots group of transgender people and their allies that provides assistance to transgender and gender non-conforming Cape Cod residents as they navigate the challenges of daily living and self-acceptance.

Dirk graduated from the Massachusetts College of Liberal Arts in 2019 with a degree in English Literature. Besides his social advocacy work, Dirk also enjoys video games, anime, and adores their cat, Akaashi.